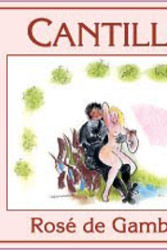 One of a handful of traditional Lambic breweries, Brassiere Cantillon in Brussels, Belgium was founded in 1900 and still brews beer the same way to this day.

Unlike modern production, in which specific strains of yeast are added, or pitched, into a sweet, cereal-based liquid to begin the fermentation process, in the past, brewers had to rely on wild, airborne yeasts and bacteria for fermentation.

To ensure enough yeast could inoculate the wort, large, shallow vessels called coolships (or “koelschips” in Flemish, after their boat-like appearance) were used for wort cooling after the boil.

Today, specific yeast strains have been isolated and propagated for certain beer styles based on their fermentation characteristics. All ale yeast are top-fermenting, but certain Belgian yeast strains are known to produce high amounts of phenols giving many Belgian Trappist styles their peppery, clove-like notes; while the banana, vanilla, and bubblegum notes of German wheat beer come from the esters that that specific yeast strain produces.

When using a coolship, however, you’re not selecting the microbes that end up fermenting your beer. This approach is called spontaneous fermentation and it means that microbes in the nearby air – anything from typical brewer’s yeast (Saccharomyces), to wild yeast (Brettanomyces), to bacteria (Lactobacillus, Pediococcus) – are helping to turn the sugars in the wort into alcohol and carbon dioxide, but are also producing a range of byproducts (like acids or aroma and flavor molecules) in the process.

It’s these byproducts from traditional spontaneous fermentation that give Lambic beer its unique tart and “funky” character; described as anything from barnyard or earthy, to horse-blanket. (You may not be convinced, but we’re about to get to the fruit addition, which helps to balance some of that funk!)

To allow the complex character of the wild yeast and bacteria to develop, Lambic is often aged. To produce a Fruit Lambic, like Cantillon’s Rosé de Gambrinus, one-, two-, and three-year-old Lambics are blended, and the fruit addition commonly occurs half way through ageing. (Blended Lambics that are not aged on fruit are called Gueuze).

The most commonly used fruits in Fruit Lambic are cherries (kriek) and raspberries (framboise), but anything from blackberries (mûre) to damsons (quetsche) can be used. The selected fruit helps to determine the aroma, flavor profile, and color of the finished beer.

But, the copy on the bottle doesn’t tell whole story.

For those of you familiar with Fruit Lambics, you’ve likely noticed that regardless of the brewer or blender, these beers are identified by the name of the fruit they contain – Kriek De Ranke, Framboise Boon, Quetsche Tilquin, etc.

So why did Cantillon not call their raspberry Lambic a framboise?

Well, if the above description didn’t make it abundantly clear, producing a Fruit Lambic requires time, patience, and expert blending skills; not to mention a whole lot of fruit, which isn’t cheap.

So it’s no wonder that by the 1980s, some Belgian breweries sought to more-easily commercialize their beers by adding sugar or other sweeteners to their Fruit Lambics or producing them with fruit syrup or juice instead of whole fruit.

Placing tradition above all, Cantillon vowed to continue to produce their raspberry Lambic the original way.

So to let consumers know this wasn’t an artificially sweetened sugary beer, instead of calling their raspberry Lambic a framboise, they called it a rosé (after its blush hue), and dedicated it to Gambrinus, a “legendary European culture hero celebrated as an icon of beer, brewing, joviality and joie de vivre.”

So there you have it, Rosé de Gambrinus. 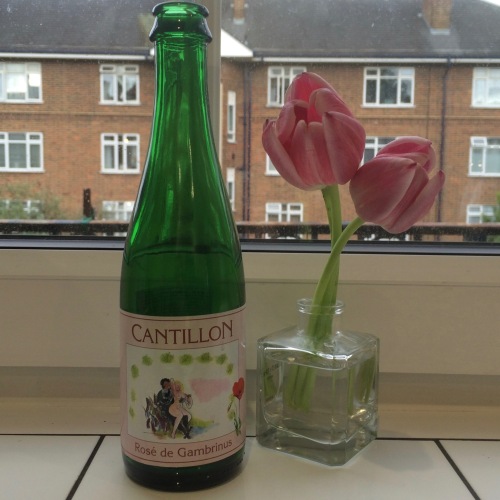 One other fun little addition to this story is that of the label art. I can’t say I’m too pleased to see a cartoon of a naked woman on the bottle label, as women have a hard enough time being taken seriously in this industry, and labels like these certainly don’t help matters.

But, to get approval in the United States for the label back in 2001, the woman had to be clothed. So if the label irks you at all, imagine it’s the one below instead!

Thanks for reading the first story of the new year. It’s good to be back!

I learned an important lesson through this post – to always cite my sources.

A few days after this post was published, I was called out on Twitter by @Lambic.Info, as a result of this discussion thread on Talk Beer, claiming my post had “no basis in fact.” (Scroll down about half way and you’ll see where the conversation begins.)

@Lambic.Info then sent me a direct message on Twitter:

And here is my response (provided as text here so you can follow the links, if interested):

Yes, their website has been updated and redesigned since then, but the exact copy on the site read:
“‘It has the color of onion skin’, said a voice behind me. It was Raymond Coumans. He was admiring the color of the raspberry lambic reflecting in the red copper of the buckets used to empty the barrels. At that time (1986), ‘Raspberry-Lambic’ already was synonymous with a sweet, artificially flavored beer. This is why we decided to distinguish our beer from the other raspberry beers. Raymond proposed to call it a rose, dedicated not to Bacchus but to Gambrinus.”

This same copy is cited on numerous webpages from as early as 2011:
–https://www.ratebeer.com/beer/cantillon-rose-de-gambrinus/6014/

I did not fabricate this story. This story comes from the brewery themselves.

And my story in no way indicates that Cantillon produced a sweetened product. It indicates that the name Rose was chosen to distinguish their traditionally produced raspberry Lambic from the other sugar-sweetened examples currently on the market.

Furthermore, there are discrepancies in how Cantillon RdG is described on Cantillon’s own updated website (the top of the page says 200g of raspberries/L, but scroll down and at the bottom of the page it says 300g/L). Additionally, their website says only fresh raspberries from Serbia are used, while yours says pre-frozen Hungarian raspberries are used.

Because I had no way to confirm which details were correct, I used the Beer Judge Certification Program description for a Fruit Lambic (http://www.bjcp.org/docs/2015_Guidelines_Beer.pdf, style 23F) to provide readers with a general overview of how Fruit Lambic is brewed.

For these reasons, I don’t believe that I’ve made any factual inaccuracies.

You and I both have the same aim – to share with readers the rich history and tradition of Lambic (and other) beers and to encourage the appreciation and preservation of these styles – so let’s work together on that, not against each other.

If you have any additional questions, please don’t hesitate to reach out.
Cheers,
Nat

I apologize for not including my sources with the initial post and I know not to make that same mistake going forward.

If you do ever have questions or concerns about the information I’m sharing, or have heard a different story, don’t hesitate to get in touch! As I told the folks at @Lambic.Info, we’re all in this together, so let’s not try to tear each other down.