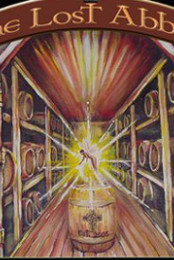 A story often told about whisk(e)y, “The Angels’ Share” is the name for the portion of the liquid that evaporates from the barrels during whisk(e)y’s long maturation process.

Similarly, when beer is aged in barrels, either to sour the beer with wild yeast and bacteria or to give it the characteristics of the booze the barrel previously held (anything from red wine, to bourbon, to brandy), the wood in the barrel itself will soak up some of the liquid, meaning a portion of these beers is lost forever, too.

Brewed with loads of caramel malt, this beer has flavors of vanilla, fruit, and oak that complement the flavors drawn from the bourbon barrel during the year of aging. Thick and viscous, this beer is one syrupy sipper. And at 12.5%, you could almost be drinking a whiskey!

Interested in learning more about barrel aging and its various applications?  Read this.

Looking for another take on the Angels’ Share? Have a watch of this Scottish comedy, possibly while enjoying a snifter of fine whiskey or a bottle of Lost Abbey’s Angel’s Share. Cheers!