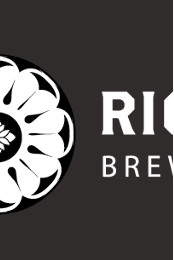 The menu description of Ready.Set.Gose at Washington, DC’s Right Proper Brewing Company asks customers to “appreciate” their “sense of humor in naming this beer.”

For those of you not in on the joke, the beer style is pronounced GOH-zeh. Ready, set, GO…zeh, is a bit funnier, right?! And who doesn’t love a good beer pun?

This slightly salty, slightly sour, super refreshing summer style from Germany has certainly surged in popularity in the craft beer community of late.

Although currently associated with Leipzig, Germany (where this style was most recently brewed), Gose originated in the town of Goslar on the Gose River in the Middle Ages.

Reaching Leipzig by the mid-1700s, the city was said to have over 80 Gose houses in 1900. Following World War II, however, production significantly declined before ceasing entirely in 1966. Modern production was then revived in the 1980s.

Still considered a “historical style” by the Beer Judge Certification Program (BJCP) who prepares style descriptions for beer competitions, Gose has recently made a return from obscurity.

Brewed with Pilsner and wheat malt, fermented with a symbiotic culture of top-fermenting ale yeast and lactic acid bacteria, Lactobacillus, and sprinkled with sea salt and coriander seed, this style is light and refreshing but has loads of flavor.

Medium yellow in color and hazy in appearance, Gose has a noticeable sourness from the lactic acid on top of a bready, doughy malt flavor from the wheat malt. The coriander contributes a lemony quality, which complements the fruity esters from the ale yeast (typically notes of apple and pear). The salt should be noticeable, but not overpowering (the BJCP describes it as reminiscent of a “clean sea breeze” – are you tasting it now?).

Essentially a taste of the summer by the sea, it’s no wonder this style has us transfixed by its power to transport.

It’s also just superfun to say and opens a whole new can of worms when it comes to beery puns. Another fun play on words with this style is Copenhagen-based To Øl Brewery’s To Øl  Gose to Hollywood.

If you were to brew a Gose, what would you call it? Leave me a note in the comments… ready, set, gose! 😉