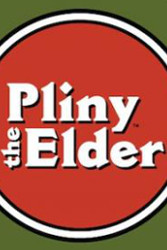 Russian River Brewing Company in Santa Rosa, California brews some of the best-rated beers in the world, with the best-known being their Double IPA, Pliny the Elder.

Not initially in Russian River’s brewing line up, this beer was first brewed for a friend’s Double IPA festival back in 2000.

Vinnie Cilurzo, Co-Owner and Brew Master of Russian River, had brewed a Double IPA before at his previous brewery, so the recipe was the easy part.

But where did the name Pliny the Elder come from?

Pliny the Elder was an author, naturalist and natural philosopher who lived in the first century – 23 to 79 A.D.

His only surviving work is the 37-volume Of Natural History, a compilation of his writings on botany, zoology, astronomy, geology, mineralogy, and more.

Somewhere within these volumes, he is purportedly one of the first natural philosophers to discover and discuss hops, a key ingredient in all beers, but especially important for Double IPAs.

Out of respect for Pliny the Elder and his work, this beer’s name was born.

It lends an easy way to remind drinkers to respect this beer, too. Printed on every bottle is the warning: “Pliny the Elder is a historical figure, don’t make the beer inside this bottle one!”

As hop aromas and flavors are very volatile, beers this hoppy should be consumed “fresh or not at all,” according to the bottle. (And, trust me, these heavenly fresh hop notes of floral, citrus, and pine are not to be missed!)

It’s tough to get your hands on a bottle of Pliny the Elder without a visit to Santa Rosa, but the pilgrimage is worth it.

(And a word to the wise, go in February for the yearly release of Russian River’s Triple IPA, Pliny the Younger, named after the nephew, and later, adopted son, of Pliny the Elder.)