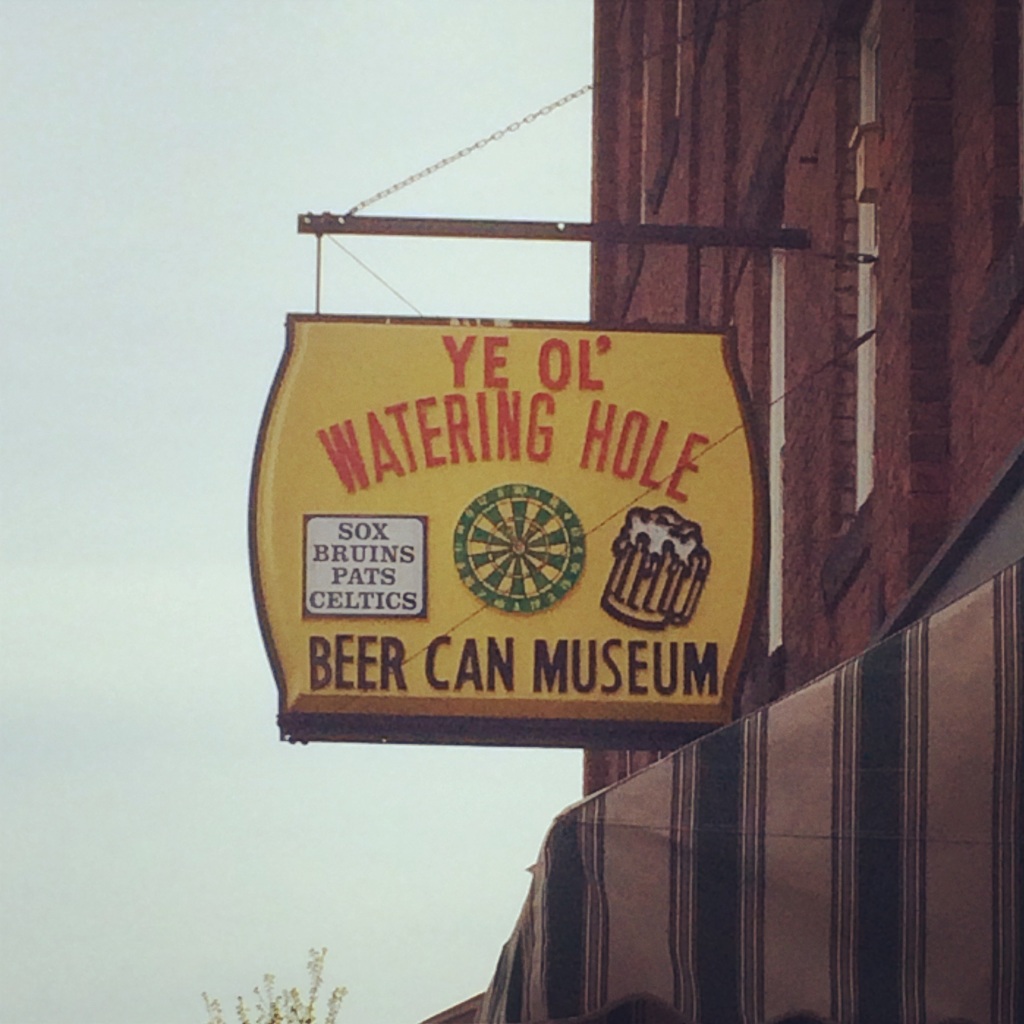 It seems like beer cans are everywhere these days.

But, harkening back to Garrett Oliver’s sentiment that nothing’s really new in craft beer, cans have been around for decades… and the Beer Can Museum in the Ye Ol’ Watering Hole bar in Northampton, Massachusetts proves it. This local bar has a collection of over 4,000 cans!

According to their website, the collection began in 1942 when a group of five young friends about to leave for World War II came into the bar for a farewell toast. They each placed a full can of beer on the wall, vowing to drink it together upon their safe return.

Sadly, only three of the five men returned home. The three men drank their cans and placed the empties back on the shelf next to the two full cans in memory of their fallen comrades. These five cans created the foundation for the collection, which began expanding in 1970 and is still growing to this day.

The first beers were packaged in steel cans in 1935. Since then, cans have gone through many iterations and improvements — from their inner lining that prevents the liquid from interacting with the metal, to the modern tab opener that replaced the need for a can-piercing device, known as a “church key”.

On the other side of the state, there’s another beer can museum in East Taunton, Massachusetts that boasts a collection of more than 4,000 cans as well!

So if you’re in Massachusetts for a visit to one of their many fine craft breweries—Trillium, Tree House, Night Shift, Boston Beer Company, to name a few—swing by one of these museums to admire their collections and revel in the history of ye ol’ beer can.